The 5 Most Misunderstood Facts about Coding

The majority of computer-users know coding is what programmers do to create apps, but few understand much beyond that. The lack of comprehension creates misconceptions about how programming works, who programmers are, and what tools for coding are, such as Python and Scratch. Let’s dispel common myths versus facts about coding! 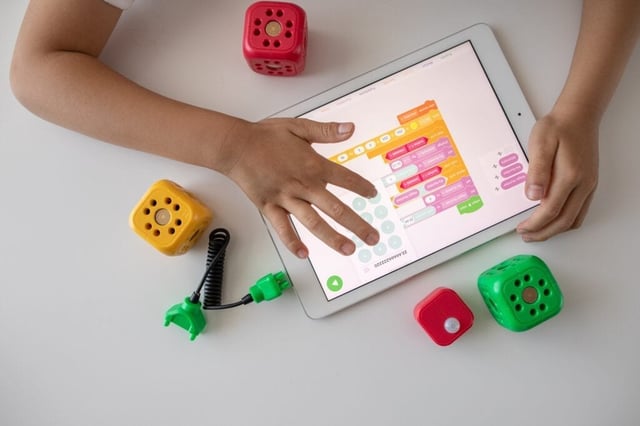 Myths Versus Facts About Coding:

#1 Myth: Coding is difficult to learn and changes frequently.

Fact: Coding languages are the tools needed to be able to program. Students learn easy languages at no or low cost online in a short time frame. For example, Python is a programming language for Rapid Application Development that is popular for its simple syntax is simple. Its dynamic typing/binding allow writing new programs and combining components of existing software. Python reduces the cost of program maintenance with a fast edit-test-debug cycle and free interpreter/library available for all platforms. (The library can be found in source and binary form.) Everyone has the access – and therefore the ability – to learn Python. Once people master a programming language, it serves them for a lifetime! Python is over 25 years-old and C code is almost 50 years-old.

Fact: The “skills” needed for coding are originality, problem-solving, and perseverance. Math wizardry is not essential. In fact, scholars with abilities and qualifications in mathematics do not necessarily enjoy an advantage in the field. Some types of coding implement mathematics while others utilize none. What all types of coding use is creativity to make ideas come to life. Programmers employ problem-solving to disentangle the puzzles of bugs in applications. People working in this field have tenacity to keep moving through the bugs and errors until software run smoothly. Anyone with those aptitudes can code.

#3 Myth: Coding is for teams of young men.

Fact: Programming is for anyone willing to take coding classes and practice writing scripts. Elderly people code as easily as younger adults. Women code as simply as men. Alas, elders and women oftentimes stay away from programming, believing the doors are closed to them. This is to everyone’s detriment because a team is better when its members are diverse! However, groups of programmers are often nonessential. One person is often the sole designer of numerous applications and websites. Those who learn coding manage successful projects, especially small ones, independently without a team.

#4 Myth: Coding is for boring introverts who prefer to be alone in labs.

Fact: Because coding is primarily about solving problems, it is rarely a dull task. As stated previously, programmers must be creative people, especially when they work on story-telling apps. They are not boring individuals at all! Introverts and extroverts exist in every profession, as they should because both have strengths to bring to the table. It is an untrue notion that programmers put on headphones to avoid talking to others because they prefer machines. Many programmers work in teams where people present ideas to one another, hence communication skills are important. These teams rarely meet in labs. Programming is mainly an office job which can also be done from home when necessary.

#5 Myth: Coding is for adults who make money.

Fact: Children learn coding as effectively as other languages. One resource to teach children coding online is Scratch. Tools, like the CleanSpeak profanity filter by the Lifelong Kindergarten syndicate at the MIT Media Lab, maintain Scratch’s safety. Scratch allows youth ages eight to sixteen to do programming projects with children from around the world. (ScratchJr is designed for younger learners aged five through seven.) Participants develop innovation and collaboration in addition to the coding knowledge itself. These capabilities help people succeed in any field, though there is no guarantee of a career in programming specifically. There are unemployed people with coding skills because there are few entry-level programming jobs. Most employers seek experienced developers. Employed programmers typically earn an average salary. Programmers consider these factors and pursue coding because it interests them rather than out of a desire to become wealthy.

Creative people of all ages can acquire coding skills if they put forth an honest effort! Do you know children or teenagers with an interest in coding? Curious youths receive live online tutoring at 98th Percentile.
So, waiting for what? Book a free trial class for your child today!