Did you know that one-third of the world speaks English today? English is the premiere choice of a foreign language for students in most countries, and it is the dominant first language of Canada, Australia, the United Kingdom, Ireland, New Zealand, various Caribbean and Pacific island nations, and the United States.

Many European languages were involved in the evolution of English to make it the way it is now. The origin of English has roots beginning 5,000 years ago!

Proto-Indo-European was spoken by nomads roughly five millennia ago on the southeast European plain. Germanic is one language syndicates descended from this ancestral speech; it evolved into three sub-categories of East, West, and North Germanic. East Germanic tongues are all extinct, but some modern European languages have North or West Germanic roots, including English. 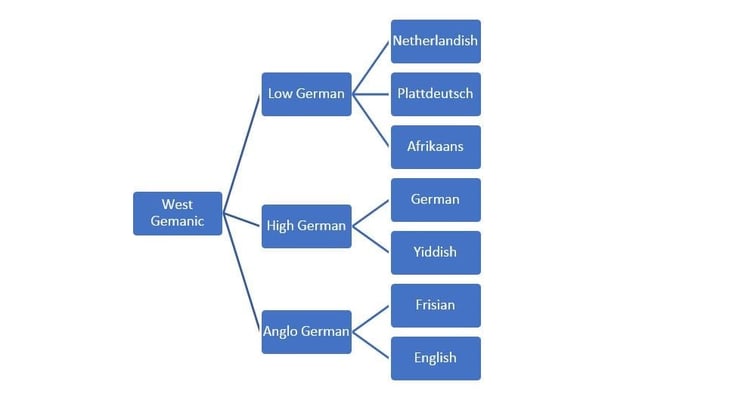 Proto-Indo-European was an inflected speech and most languages spoken in Europe, such as German, remain so today. English has become uninflected over the last 500 years, which makes it more flexible than others, allowing for terms previously distinguished as being solely nouns or verbs to be used as nouns and verbs without adding a suffix. For example, a person can place a book or book a place. However, in other languages descended from Proto-Indo-European – with the exception of a few Scandinavian tongues - no noun is identical to a verb as a consequence of different endings being necessary. The unique openness of English allows for the easy adoption of terminology from other languages whenever a new piece of vocabulary is needed. Over 350 languages have influenced English! Despite its Germanic origin, 60% of English words derive from Latin and Greek.

Affixes are added to words, especially verbs, to alter meaning. Prefixes are put before the root word and suffixes are placed after it. Most prefixes, like the un in undo or the super in supersede, have Greek or Latin origins. English suffixes come from a vaster range of languages. The er suffix derives from French and is often implemented to turn verbs into nouns that mean a person who does that action or a location/concept for doing that action. For example: The diner dines at the diner means the person eats at the restaurant. English frequently creates new compound words, particularly nouns, by combining terms and affixes.

Because English has invariably had many words and constantly adds new ones, it was recognized universally agreed-upon definitions were essential, and Samuel L. Jonson worked for over ten years with a team of linguists to create the first standardized English dictionary in 1755. His lexicon featured citations of each word being used in sentences from published works. This format is still utilized by makers of contemporary dictionaries, such as the Oxford English Dictionary and Webster.

English in a language that, like Russian, relies heavily on which sounds in a word are stressed to convey meaning. For example, record pronounced as ree-cord with stress on the first syllable is a verb whereas pronouncing it reck-ord with stress on the second syllable is a noun. The pronunciation of vowels changes in words that are derived from other words. For instance, photography has a ‘short o’ in the first syllable pho while the pho in photograph has a ‘long o.’ When English borrows words from other tongues, it often keeps the original pronunciation regardless of whether or not that utterance matches how letters are typically vocalized in English. Examples of this include saying the ique in technique as eek and not uttering the ‘silent t’ in ballet to maintain the terms’ original French verbalizations.

There are many accents of English depending on where it is spoken. Accents typically impact the pronunciation of vowels and the intonations of words/sentences. American English tends to have narrower pitch than the broader, singsong range of sounds heard in British English. Common English intonations used at the end of sentences to convey meaning are:

Due to the predominant usage of the flexible language of English worldwide, it’s essential to learn it to have more opportunities for success. English is usually taught as a first or foreign language at schools in person or by online tutors. Classes tend to have many students, and that can cause learners to fall behind because the vocabulary, grammar, and pronunciation of English is complex and difficult to master. If you know any children who are struggling with English, get them an online tutor that provides one-on-one or small-group education, such as 98thPercentile.
Click here to book a free trial class for your child today!