Winning a Spell Bee is Hard, But Not Impossible...Here is Why

Among all competitions, the Spelling Bee is one of the most difficult to crack. With more than a million words in English, the probability of winning the competition is slim. The odds may be stacked against you with spelling bee words like “erysipelas” and “aiguillette” waiting out to be spelled by the co-contestants, but that is the charm of Spelling bee. The feeling of excitement in contesting and watching the spelling bee is unparalleled to any other competition. The winners of the national spelling bee competition undergo years of training in order to create a name for themselves. Winning a spell bee may be hard but it is not impossible. 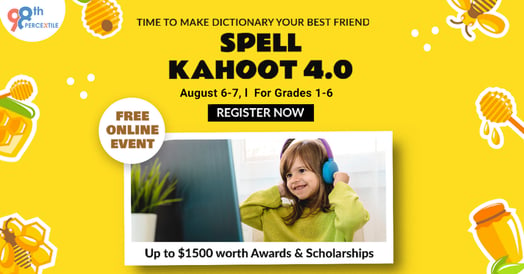 Spelling English Words is Hard Because of its French, Spanish and Greek Origin.

Ever wondered why the words in English are difficult to spell even though they may sound so easy and familiar? Due to its vast and rich vocabulary, thanks to the inclusiveness of the language itself, it has become the first language in many foreign countries. The English language has borrowed many words from other languages which also makes it difficult to spell based on the sounds they produce. Most of the words in English language (about 28%) are of Latin origin. But that is not all. Words have been borrowed from Hebrew, Greek, French, Persian, Spanish, Sanskrit, Russian amongst many other languages.

Spelling Bee has Evolved Over the Century Including Germanic Origin.

A number of languages have disappeared as they never evolved with the cultural and socio-political changes that the world has been through. English will never be one of them! The Scripps National Spelling Bee competition began in 1925. Since then, a lot of new winning words were discovered. The nail-biting moments of those competition-ending words have also evolved from simple spelled words like “Knack” to never-before heard words like “Scherenschnitte.” Both the words are of Germanic origin, the word “Knack” was the winning word in the year 1928, whereas the word “Scherenschnitte” was the winning word in the year 2015. In the more recent years, words of German origin have infused the vernacular of the English-speaking world that makes it increasingly popular. Who thought “Hamburger” would become so popular and become increasingly used since 20th century!

Phonetics and the way it aids in spelling a word creates major inconsistencies and how would they not? Many variations and changes have happened in the language over time, quite naturally. It is only evident that one has to learn and understand the concept of phonics for better understanding of the language.

If you have spent some time preparing for a Spell Bee contest, you most certainly would not have missed the fact that long words are not the ones that are harder to spell! Wondered why? That's because long words can be broken down into sub-words, which can then be spelled relatively easily. The difficulty is in the small words themselves. For instance, ‘a’ in words ‘ask’ and ‘tall’ have different sounds. Likewise, some words have the same sounds yet they may have different letters, as in “cut” and “keen.,” making the spellings difficult to learn and memorize.

Not Impossible – Because, Thankfully, The Human Brain Can Learn Faster Than We Could Possibly Fathom.

Given the evolutionary changes, modern day humans have come a very long way with striking differences in their cognitive abilities and linguistic expression compared to the great apes. It is quite evident from ever expanding capabilities of the human brain in learning and producing work of genius! The human brain is highly plastic! In children the pre-frontal cortex of the brain is more developed compared to adults. Now, isn’t that a great advantage? That’s why children learn things faster and are creative. All a child needs to do is to put it to good use to see it work! Preparing for a Spell Bee contest could possibly put that theory to the test!

Not Impossible- Because We Can Learn from The Past, From Other’s Experiences and Find Our Strategy.

Failure can teach a lot more than success ever will. There are many who participate in the spelling bee right from the local level to the national level, yet only a few emerge as the winners. Failures are lessons in disguise, so one can always learn from the past experience of one's self as well as others. Read about the stories of knot in the stomach and haunting disappointments of the participants and how they got back on their feet to face the challenge. Watch the spelling bee champs who lost the competition to a word they could not spell, talk about it and learn what their strategies were and what could have been done better.

So, Let Us Start at The Very Beginning – What Do the Champs Say About Preparing for Spell Bee?

“The competition is not with other spellers but with yourself. I don’t think that besting other people is quite as motivating for me.” - Nupur Lala, Winner of National Spelling Bee 1999.

What a profound statement! Indeed, the whole purpose of the competition is to compete with one’s limitations and rise above them. While there are countless books and videos on advice and different strategies by the winners themselves, most of the spelling bee champs had said that starting early and doubling down on preparations and practice would help. Perhaps what’s most significant about preparations is not just the study techniques but the attitude towards learning and hard work one is willing to put in. That’s the real recipe for success in spelling bees coming from the winners.

What Are Some of The Time-Tested Strategies?

Besides the basic rules of language, one has to learn while preparing for the spelling bee, a sound knowledge of root words will really make a big difference. An addition of the auditory aid feature in online dictionaries in recent years has also made learning difficult words and their spelling easy. Merely reading the word, practicing by repetitive writing, or just listening to the pronunciation of the word may not be enough. Using both visual and auditory aids at the same time is a time-tested strategy. Looking at the word while hearing the pronunciation is known to help one excel at retaining the words in the memory for a longer time.

Identify The Learning Pattern of Your Brain.

What is your learning style? Are you easy going and like to frequently challenge yourself to come up with new words while playing Scrabble? Or do you follow the way of learning through reading dictionaries? Whatever your way might be, no one way is right or wrong. Moreover, you may be having two-three different learning styles all mixed up and still working for you. Can you learn 100 new words a day? It sounds hard. But all it takes is finding your learning style. At the end of the day, everyone’s learning styles are different and following a personalized learning style will help you enjoy the process of learning and even set you up for winning a Spell Bee contest!

Test Out Your Strategies

Identify if you are faster with visuals or sounds. Look at a word. See if you are able to recall in a few hours. If that works, train your eyes to look, not see. To look is to be aware of a lot more than what eyes can see, take in the curves and shapes. This makes for a photographic memory and helps you recall the spelling. Alternatively, if you find listening to a word seem your style, then listen, don’t just hear. This also gets recorded in a way that your brain is able to recall. That is the beauty of the human brain. Find out what motivates you to work. Just knowing it will prepare your brain as well. Go ahead, give it a shot! You could be the next Spell Bee Champion!

Never Stop Learning; Be Ever Ready for Spelling Bee. Winning Spell Bee May Not Even Be as Hard as You Thought!

The fail proof strategy of all time- Never stop learning. Make this the mantra of your journey to the spelling bee competition. Read as often as possible and when you do read, don’t just read, rather look through the words. Read as much as possible and keep challenging yourself with complex words. Keep a notebook to register new words that you have come across while learning. It does not hurt to make it more interesting and inviting to call it “My word book” and go through the book every week. As much as it sounds like a daunting process, you will find yourself falling in love with it. 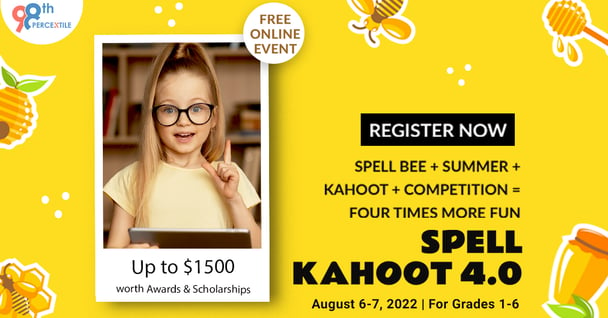 Don't Believe It? Why Don’t You Use all These and Prepare for Our Spell Kahoot 4.0. Test it Out for Yourself.

We are back with the most loved and well received contests of all time. Spell Kahoot 4.0 is awaiting new champions. Now is the time to showcase your spelling skills. We promise it will be more fun this time, oh and fiercer. So, fasten up your seatbelts and join the ride; the ride that will take you on the journey to become the next champion. Register today!

Winning a spelling bee may be hard, and the process to get there can be unnerving, but it'snot impossible! Following the time-tested strategies coming from the spelling bee winners themselves, applying your unique learning style and sheer determination to learn can make you the next spelling bee champion if you try.