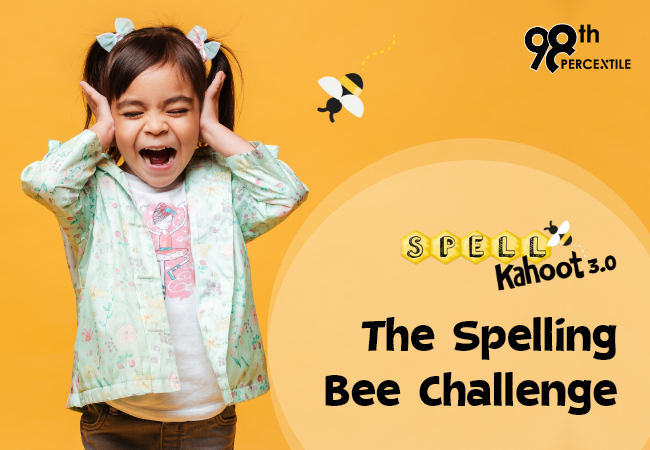 Needless to say, spelling bees evoke multiple emotions at once. Emotions can range from feeling tears of joy to heart-wrenching disappointment, from participation anxiety to excitement, from the time ticking away to that wait for the official pronouncer to say “YES! That is correct.” Phew!

English is the language with most words. According to the Oxford Dictionary, it has approximately 200,000 words. English is a global language with rich vocabulary, and a lot of words have been borrowed from other languages. As a result, it has become quite a challenge to keep up with the new words and their spellings.

Some words are hard to spell even though it may sound easy. Remembering them amongst so many other words can be a task.

98thPercentile is back with Spell Kahoot 3.0

If your child is someone who loves playing with words and spellings then don’t miss out our upcoming event Spell Kahoot 3.0. After a huge success of Spell Kahoot and Spell Kahoot 2.0, we are back with our most loved event again.

Students from Grades 1-6 can participate in the Spell Kahoot 3.0. The tone and level of the competition is set according to the grade levels. Prizes and scholarship worth $1000 are awarded for the winner in each category. To know more about our event, visit here - Register for the Spell Kahoot 3.0 event TODAY!