THE ONLY GUIDE YOU NEED TO ADDRESS YOUR CODING QUERIES

Coding is an essential skill that is gaining significant popularity. You can get your children ahead of the game by acquainting them with coding. With each errand being digitized and moving towards smarter technology with artificial intelligence, your child needs to learn coding to have a competitive edge. As a parent, you must be stuck with myriads of questions about coding languages. Read through and get all your doubts cleared. 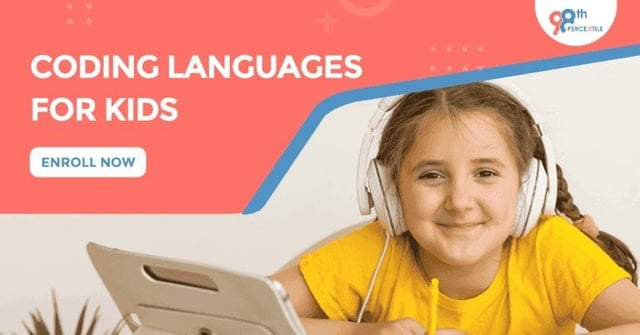 Coding languages are different from languages like English or French, as coding has nothing to do with alphabets or vocabulary words. It deals with commands, abbreviations, codes, and ways of arranging text.

There are around 700 languages in programming. (PS: Coding is a part of programming)

The most taken types of programming languages include

These are divided based on functionality (Low level or high level) and use (Back end or front end).

Python, being an open-source and free programming language, is one of the easiest and most popular coding languages among beginners.

The best Programming language for children depends upon the kind of coding skills you want to furnish them with and what you need to accomplish by making them learn to code. Some of the popular ones are Scratch, Swift, C++, Blocky, and Lua.

Some of the most difficult languages in coding are Haskell, Prolog, LISP, Intercal, and Malbolge. These are the high-level programming languages that require learning the basic coding languages first. They are fairly complex, and most of them follow a functional paradigm.

In case you or your child is new to the coding world, it bodes well to begin by instructing your child to explore the free resources available online that teach coding. By using these platforms, you will be able to identify your child's interest in the same. You can use Scratch for younger and Python for older children. Apart from this, you can also book an online coding class for kids.

This entirely depends on your purpose of learning coding languages. The most commonly suggested language is Python, in case you are searching for a simple and fun programming language. Avoiding jumping into firm syntax rules. Python seems more like English and is easy to comprehend for somebody new to programming.

The best languages for gamers are HTML5, CSS3, JavaScript, Objective-C, and Java. Programming computer games is a typical beginning stage for most young coders. Games like Five Nights at Freddy's, Minecraft, Angry Birds, and Flappy Bird can work as prime factors for motivation.

Java, Python, Kotlin, C/ C++, Java, and JavaScript are the most popular coding languages in 2021.

Children who get the hang of coding and programming rationale become better problem solvers with improved reasoning abilities and have a more prominent curiosity for knowledge. But always remember that making your child learn about coding requires patience and motivation on your end as well. So, what are you waiting for? Book a free trial of coding class for your kid now!